ALE FORCE ONE DEBUTS WITH AN IMPORTANT MESSAGE 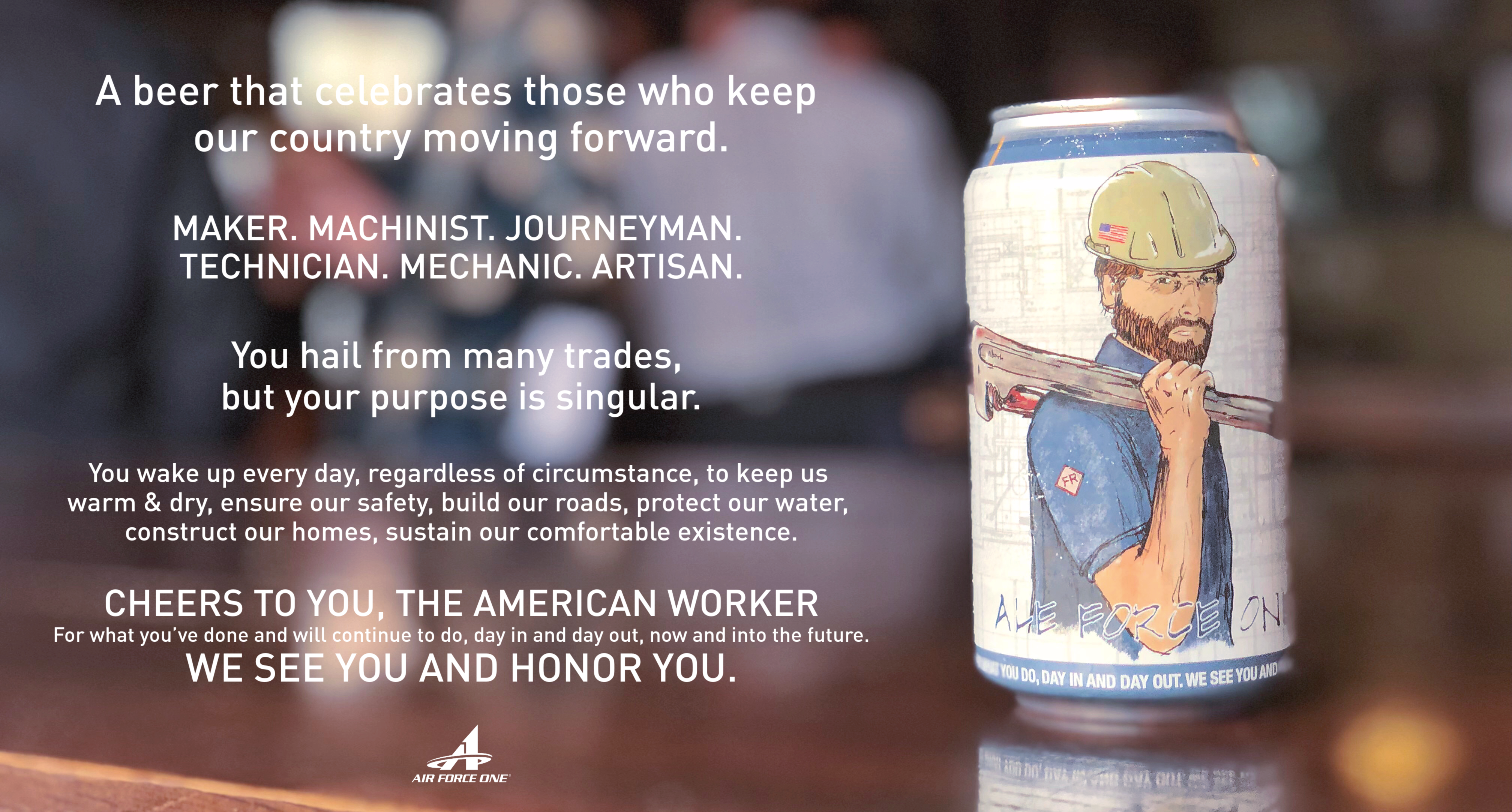 After two generations of pushing bachelor’s degrees over the skilled trades, the US has reached a crisis point with much of the experienced technical talent aging out of the workforce and not enough young people to fill the remaining jobs.

Thankfully, the thought around this has started to change incrementally, with many companies in the private sector taking matters into their own hands to bolster the image of the skilled trades, such as the new campaign recently launched by Lowe’s. Air Force One is encouraged by this heightened awareness and is glad to be another strong voice in what we hope will become a continuing conversation for generations to come.

While Air Force One is incredibly serious about our commitment to amplify the message of the skilled trades, we know that we don’t always have to be serious about how we spread that message.

Enter Ale Force One®. We’ve been introducing this fun concept to our own associates over the last couple weeks and now it’s ready for primetime.

In early 2019, Air Force One partnered with North High Brewing to produce a beer worthy of the trades. Working with local Columbus artist Nicholas Nocera, whose work can be seen on other North High beer labels, Air Force One sought to capture the essence of the American tradesperson. The inaugural Ale Force One brew, dubbed Pipe Wrench Ale for the large wrench resting on the shoulder of the steely-eyed worker, is the first in what we hope will be a long line of beers honoring the men and women of the skilled trades.

We hope you’ll join us in this incredibly important conversation. We can all be a part of the solution.

Let’s break down the stereotypes and educate those around us that there is no singular path to career success. Encourage a young person to explore their options if college doesn’t seem the right fit. Let them know that not only will their future job in the trades be in ever-increasing demand, they’ll incur a fraction of the educational debt that their college-bound counterparts will and enter the workforce with solid hands-on training that will be put to immediate use.

Help us spread the word that entering the skilled trades can be the smartest move they’ll ever make. 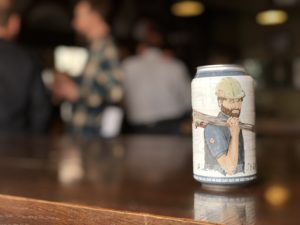 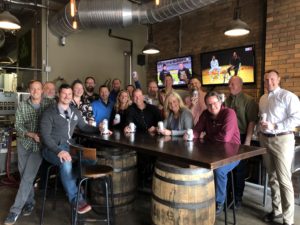 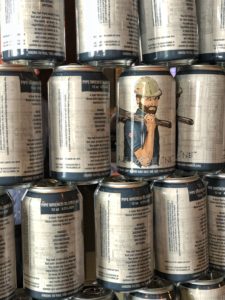