AFO’s Director of Human Resources Greg Benua has been announced as a featured speaker at the Air Conditioning Contractors of America Service Leadership Forum, which will be held in New Orleans on October 27. Greg has crafted interesting programming titled “Death of Performance Reviews: Why Traditional Reviews Have Lost Favor and a Discussion on Alternatives”, which he will share with a roomful of ACCA attendees later this month, capping off what will be a great week in New Orleans. 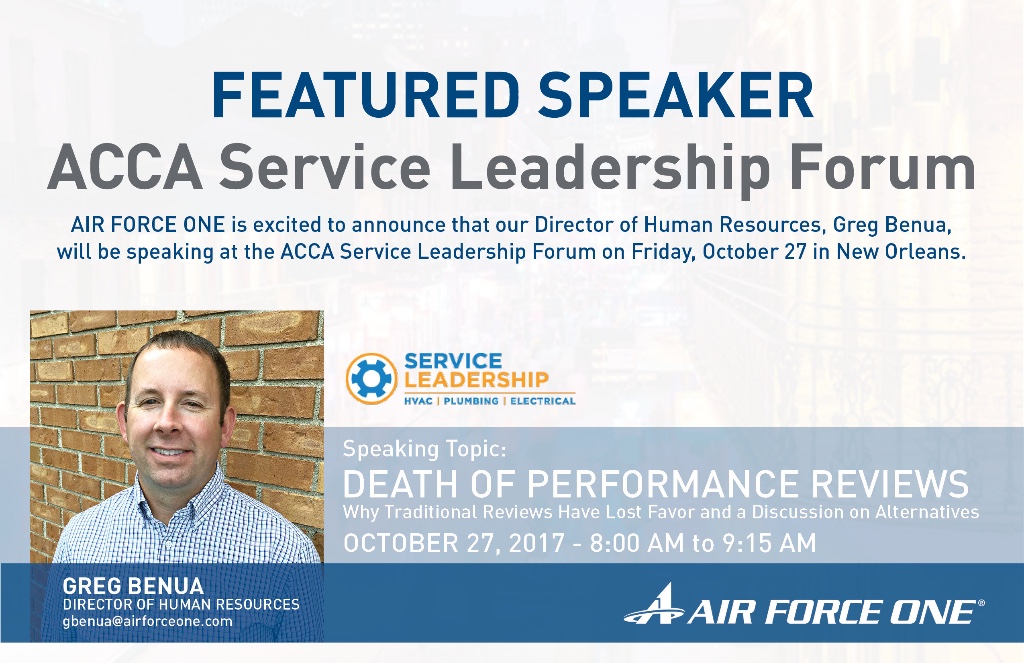